An update from Ursula Handleigh.... 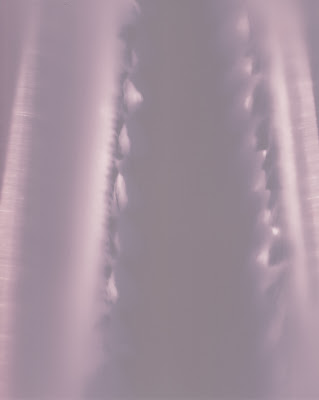 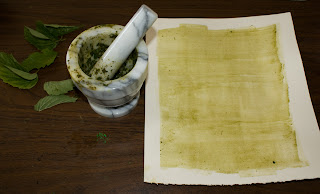 So now that we're all settled into this historic house, I've been
experimenting with old photographic techniques. Inspired by the large
victorian windows of the house, I've been creating photograms of the
drapery and architectural details. I've also been making anthotypes
for the first time, using wild flowers and plants from around the
neighborhood.
Posted by Alicia at 14:24 No comments:


Hey all! We're very excited here at XPACE about our second annual SPARK Residency in Syracuse. We just sent two promising OCADU grads, Ursula Handleigh and Adrienne Crossman, for just over three weeks. They are going to be keeping us updated on what's happening in Syracuse and all the exciting stuff they are working on. Here is their first post:


Ursula and I moved into a big beautiful historic house at the start of the week. We’re staying in the attic. We also met up with Casey and Tyler from SPARK on Monday to get our keys and go over the space. It’s a great studio space and we’re excited to start working in there. So far we’ve explored Westcott, which seems to be the “hippest” area we could find and after today we will both have bikes! It’s a lot easier to get around the city on a bike here as everything is spread out. 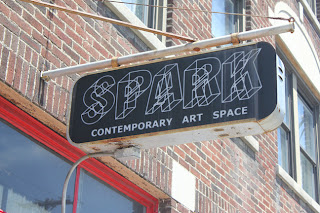 We’ve also explored the University campus, which is gorgeous and we have yet to go downtown. Tyler was telling us about the Connective Corridor, which is a free bus system that takes you to art galleries and events downtown and around the city, so we are planning on checking it out today or tomorrow. 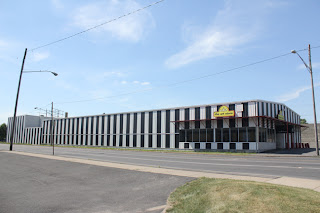 The art store is the size of a warehouse and they have everything! We are planning on building a make shift silk screen studio at SPARK and exploring different methods of print making in addition to video and photography. The architecture here is very inspiring.
Posted by Alicia at 11:10 No comments: 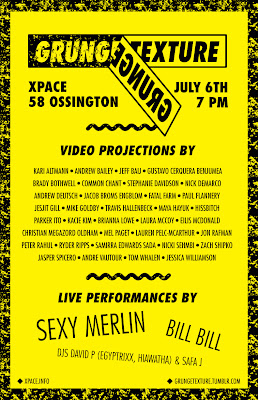 Please join us for a night of video works and live performances!

Fake grunge textures have been stubbornly present in design for the past twenty years. From CD covers to corporate websites to music videos, they’re ubiquitous. People apply these textures in digital work at such frequency that things no longer look “vintage”, but instead take on an entirely new and distinct meaning. For example, grunge textures are often employed in website design but it is impossible for a website to be vintage, or to have a texture at all. Instead that website becomes something entirely distinct, neither vintage nor contemporary. 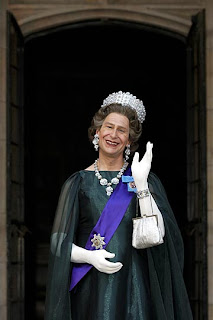 Celebrating the hot fusion of Pride and Canada Day, Georgie Bronze and Fab’Angelo invite you to drag your ass out to karaoke! Kick off your shoes and climb into your favorite celebrity skin! Sing your favorites but remember CanCon picks will put you in the running for top ribbon prizes.

Prepare to be ribboned! (for your pleasure) Categories for prizes go as follows:

Who’s taking home the trophy?! Celine? Snow? Nickleback? Get out there “ladies,” and “gents,” show us what you got!

Please join us for an Opening Reception in all three of our spaces! There will be snacks, drinks, laughs, and artists present.

“Your Friend, Freddie” investigates the role that the photograph’s referent plays in memory and its loss over time. Corkey’s work uses the discarded material of lint to recreate found and second hand images, often using the iconic school photograph. As a byproduct of laundry, lint consists of fibers, hair, dead skin and other debris, referencing people and their daily, and often banal, activities. The care with which she uses the discarded materials of lint and cast off or lost photographs draws attention to the ease with which these memories are easily lost or forgotten. 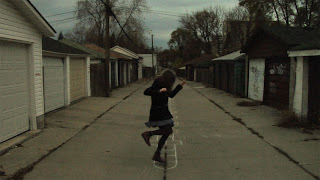 William Andrew Finlay Stewart’s Hopscotch creates an environment of tension and anticipation through a complex structure of data translation, where the movement of a round of hopscotch is mediated by the maximum length of time members of a horn section can sustain a note within one breath. The video of the hopscotch is slowed down through computer editing to coincide with the sustained play of the instruments in real time. The composition of the music has been determined through a rendering of the numbers designating the ward system of Toronto. The piece itself becomes a poetic manifestation of a mundane political system, placed against the backdrop of Toronto’s alleys. 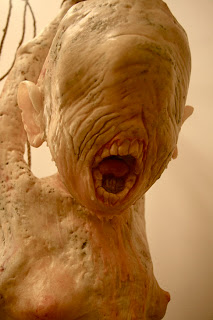 Denouncing Earthly Animal Desires draws visitors into the architecture of a gallery as both an exhibition space and a living organism. Bodily functions and the human form are represented as sculpture and site-specific installations. Bourden, Allen and Mcknight each construct grotesquely familiar forms from materials such as wax and plaster, with little colour or adornment. These meticulously rendered objects and installations illicit both allure and repulsion.